Sal remembers : Michael Bronner talks with Salvador Hernandez about his many years with Dr. Bronner’s

Salvador Hernandez has been with Dr. Bronner’s the longest of any employee, family or otherwise. He was the plant foreman for many years, and even raised his family on the premises of the old Escondido soap plant, in an adjacent house that would later serve as the head corporate offices. He currently mentors the latest crop of plant supervisors, exercises enough to make a boxing coach proud, and enjoys spending time with his girlfriend and grandchildren.

Where did you grow up and what did you do before you came to America?

I grew up in Michoacán, in a small village called Chavinda. My father was a field worker growing corn and beans, and I worked with him since I was 5 years old. I finished high school and then got permission from my dad to work in my uncle’s grocery store. I didn’t know anything about a grocery store but I learned a lot by working from 5 a.m. to 10 p.m. six days a week. We didn’t have any adding machines or registers so you had to learn to do all the transactions in your head. The reason I came to America was to get enough money in two or three years to come back and open my own store.

How did you come to Escondido?

In 1970 I came up on the bus with a cousin of mine who was legal. He had a friend with a grocery store in Oxnard, and said he could give me a job right away. When we got to Tijuana, he left me with friends and said he’d be back in a week. Well, he didn’t come back. So these people, an older lady and her husband, felt sorry for me. I mean, it was my first time I left my hometown, you know, and Tijuana was scary.

Well, after some time I met my ex-wife. She was American and used to come down to Tijuana once a week to visit me, but then all of the sudden she says she doesn’t want to come down anymore. “You have to cross, you have to cross,” she kept telling me. So we paid this guy $30 to cross me over, and it only took an hour.

How did you get introduced to my grandfather?

Every Friday Dr. Bronner used to have a lecture. All the employees would be invited, and he would talk about his labels and other things. After the lecture he used to take everyone to dinner. My mother-in-law at the time worked for him and packed all the powders he used, like barley malt sweetener, carrot calcium, and protein seasoning, so I went along with her.

Dr. Bronner asked me where I was from and how did I come across and all that. He asked me what I could do and I said anything. How about driving a truck? I said, Well, I don’t know how to drive a truck but I can learn. I said, my father-in-law, he’s a truck driver. He can teach me. Dr. Bronner says OK, so then, the following Monday I went to the plant with my father-in-law and away we went.

What were some formative memories you have of my grandfather?

“I’m blind and you’re pretty smart,” he told me. “And I want to help you but you’ve got to help me. I’m going to give you good advice: Don’t ever steal anything from me because sooner or later I’ll find out. Whenever you need something, whenever you want something, come to me and I’ll help you out, but don’t do anything sneaky.” “You don’t really have to tell me that,” I said, “because, you know, thank God I don’t have a habit. And it’s funny because my uncle told me the same thing you’re telling me.”

How did you rise through the ranks to become the plant manager?

When I started working down at the plant, it was just people from Mexico and hardly any of them spoke English, so Phyllis, the manager at the time, started using me as a translator. Little by little she started teaching me to do the paperwork and giving me more responsibility. Sometimes when she was going to be late she would put me in charge to open the gate and tell the guys what to do and stuff like that.

After she retired Dr. Bronner hired another woman, but then a few months later he had to let her go. She was selling the used metal, plastic, and cardboard drums, but wasn’t telling Dr. Bronner and taking the money for herself. Later she was in charge of payroll. All of a sudden Dr. Bronner asks me one day, “You know all the people who work here, I want you to name them to me.” So I named them and his bookkeeper wrote them all down, and he had me check the list. “Anybody else?” he asked and I said, “No.” “Are you sure?” he asks. “Yeah,” I say. You know what she was doing? She was paying her boyfriend by putting him on the payroll but he wasn’t even working here. So after he let her go I asked him, “Now what, are you going to hire somebody else to replace her?” and he says, “No. You’re going to do it.”

I know that you shared a special bond with my grandfather and almost thought of him like your father as well. What made you so close?

Well, he used to tell me stories about when he was young. How it was when he first came to America and got a job in some factory in Chicago. How he used to sleep in cardboard boxes and his pillow was filled with plastic scraps. And then how people, American people, would treat him. Sometimes they would call him names, and if somebody was eating an apple and they didn’t want it anymore, they would throw it at him. So he understood the way sometimes we are treated when we come from Mexico, the names we are called. Some people, they’re racist, they don’t like us. They tell us, “Why don’t you go back where you come from?”

All of us that come from other countries, we come for a dream, to come to America for a better life, for a better everything. We hope that things will get better in our own country, in our hometown, and we can go back. And I’m sure the same thing happened to him. Yeah, he was treated real bad. Just like us.

Any advice for us?

You can’t just live to work or else you’re going to just grind yourself down. You’ve got to give yourselves a break. I’ve got lots of experience —  you know you can talk to me whenever you want. I’m your Uncle Sal!

Fran was there through it all 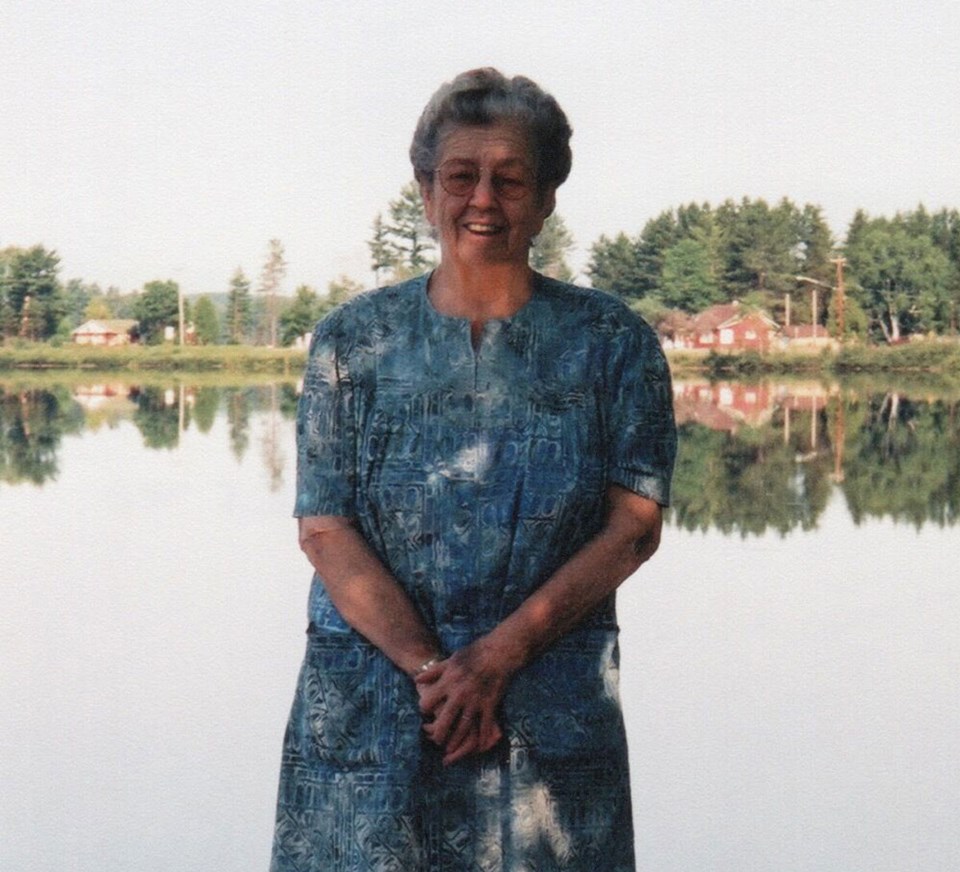 Shortly before her passing at age 95, FRAN PITRONE spoke with MICHAEL BRONNER about her 55 years with Dr. Bronner’s

MB: Where did you grow up?

FP: Negaunee, Michigan, population 5,000. The census never changed: When some girl got pregnant, some guy left town, so the count always stayed the same. We’d say we had nine months of winter and three months of poor sledding. It was difficult during the depression but we never went hungry. We had sand in one part of the root cellar where my dad put potatoes. When we wanted potatoes we’d dig in the sand and pick them.

What was your job back in Michigan?

I was county supervisor from 1938 until 1941 when I retired. After the war, I worked for the County off and on—supervised and broke in three men who ran the food surplus warehouse.

How did you meet my grandfather?

We came here in 1960 and found Escondido, population 17,000. I said, “That’s an ideal small town. We’ll raise our kids here.” Dom [husband] put an ad in the paper, “Handyman. Will do anything. No job too big or too small,” and your grandpa called. He had a bunch of small rentals that needed repair. Dom wanted $2 an hour. Your grandpa said, “You’re hired!” and gave him $1 cash an hour and $1 worth of soap. I ran errands for him—whatever he asked me to do. It wasn’t until after Dom died that I started doing labels and filling product.

I don’t think anybody had a relationship with him as good as Dom and I had. We just enjoyed each other’s company. Dr. Bronner seemed to have a deep respect for us. And I wasn’t afraid to talk back to him. He’d call sometimes 3:00 in the morning and say, “I want this done or that done,” so finally I put my foot down. I said, “If you call before 6:00, we’re not even going to answer the phone.”

Another time, when my daughter Alexis got married at St. Mary’s Church, I invited Doc and he said, “I’m going to set up a table and pass out soap to people who come to the wedding.” I said, “No you’re not.” He said, “Why not?” I said, “Because it’s my daughter’s day, not Dr. Bronner’s.” “Frances, you’re hard to deal with sometimes,” he said. “Well,” I said, “so are you.” He just laughed, hit himself on the knee and said, “I guess I am.”

He sure was a good man, and boy, there wasn’t a man walking that was more honest than your grandfather. He also liked to laugh. One time I went in and it was colder than hell. Your grandfather asked me, “Frances, is it cold out?” I said, “It’s cold enough to freeze the balls off a brass monkey.” You should have heard him laugh, Michael. He just laughed himself sick. Every time after that, when I went over, he’d say, “Fran, how cold is it?” I bet I repeated that to him 100 times.

Would he talk to you about the Moral ABC?

Nobody got by without a lecture. I’d tell him, “You don’t have to advertise to us. We know how good it is.” But I think it’s all good common sense. If people would live by it and practice it we wouldn’t have half the trouble that we got.

If you could talk to Dr. Bronner today, what would you tell him?

Just thank you for the work you’ve created for so many different people, sticking with the company to make it the success it is, and putting it in the right hands when you got to a point where you couldn’t handle it anymore. You’re a wonderful man and I love you for it all.